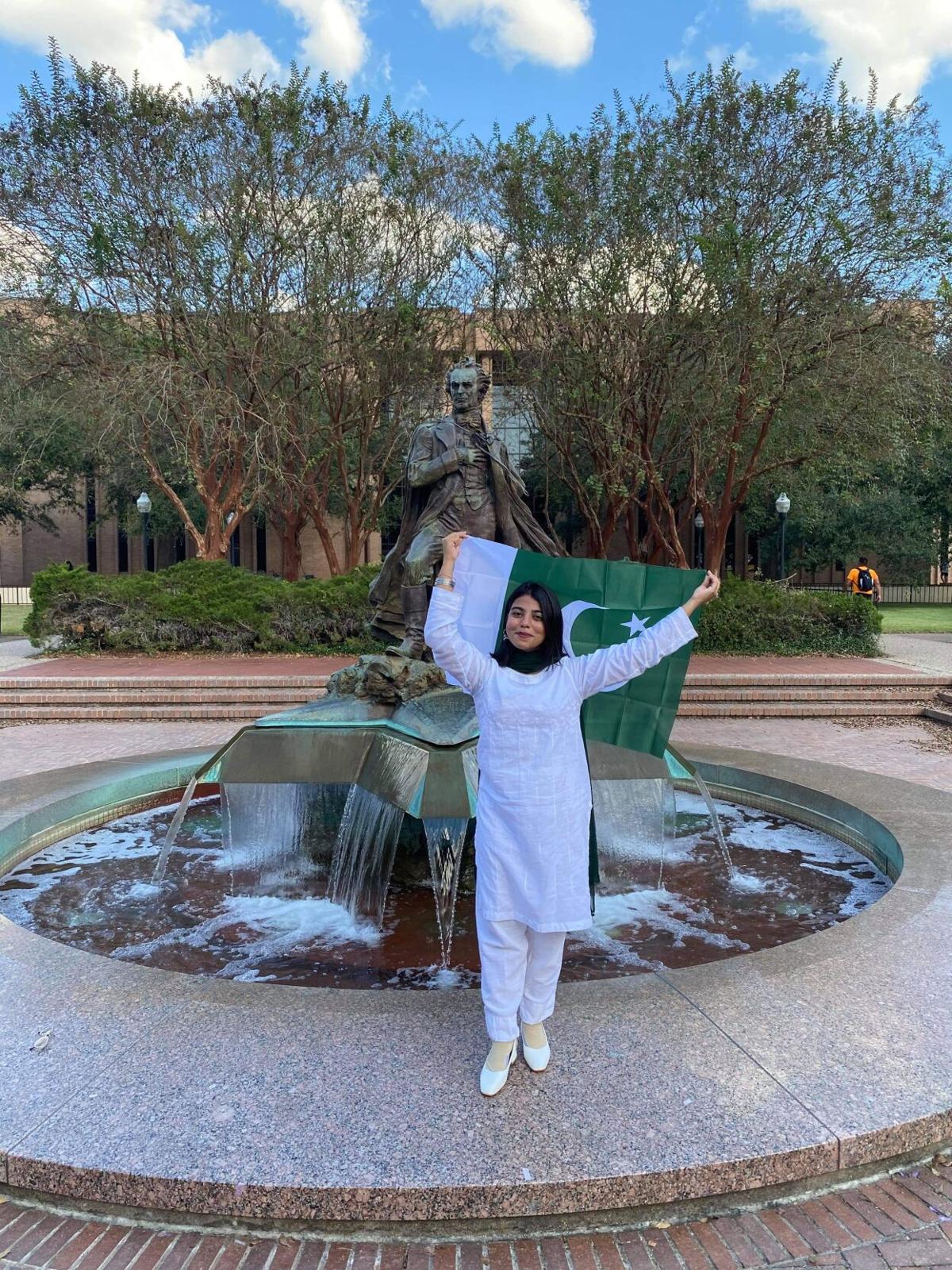 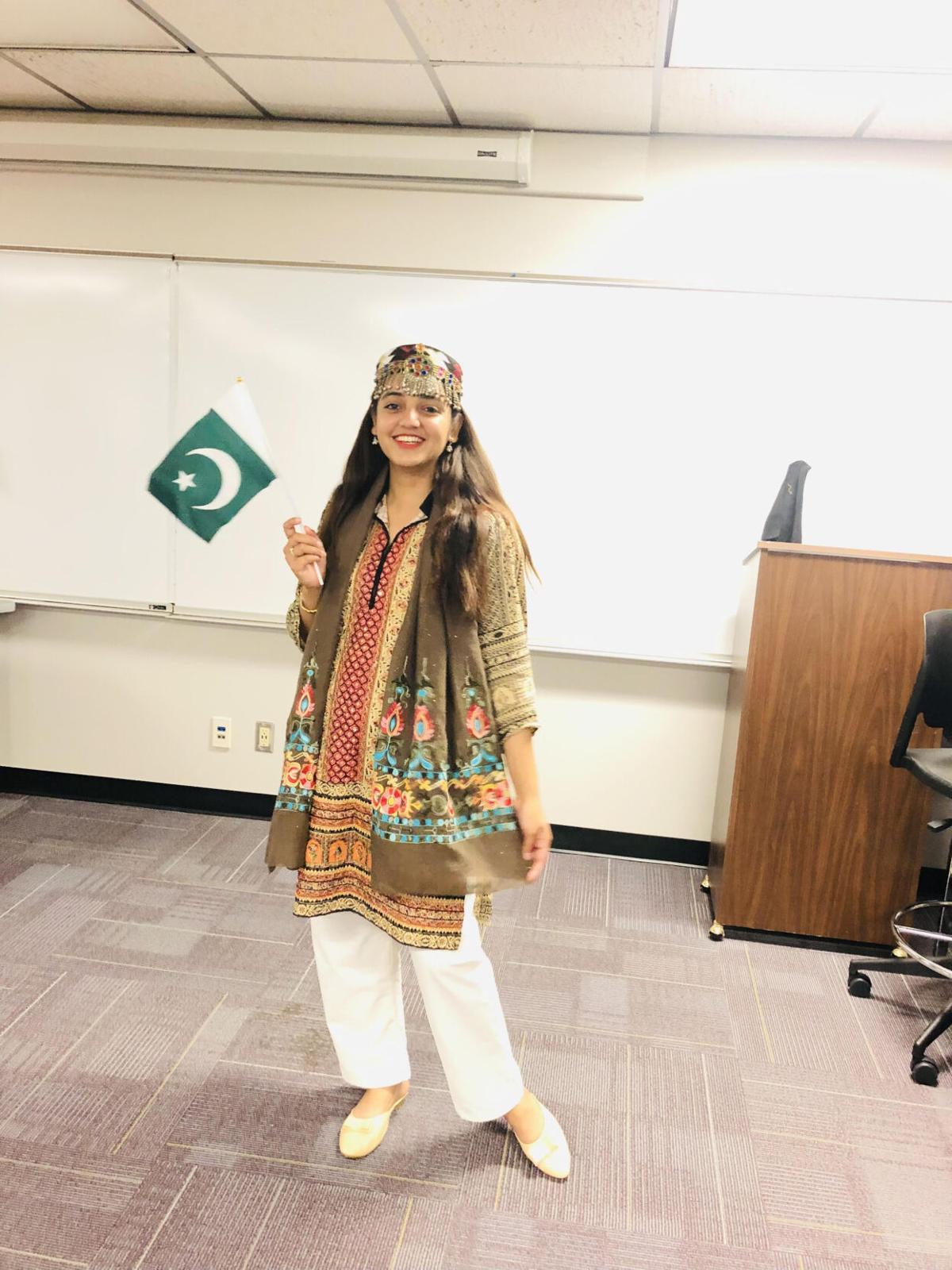 Senior business major Fiza from Karachi, Pakistan poses in traditional dress with her Pakistani flag after the cultural presentation. 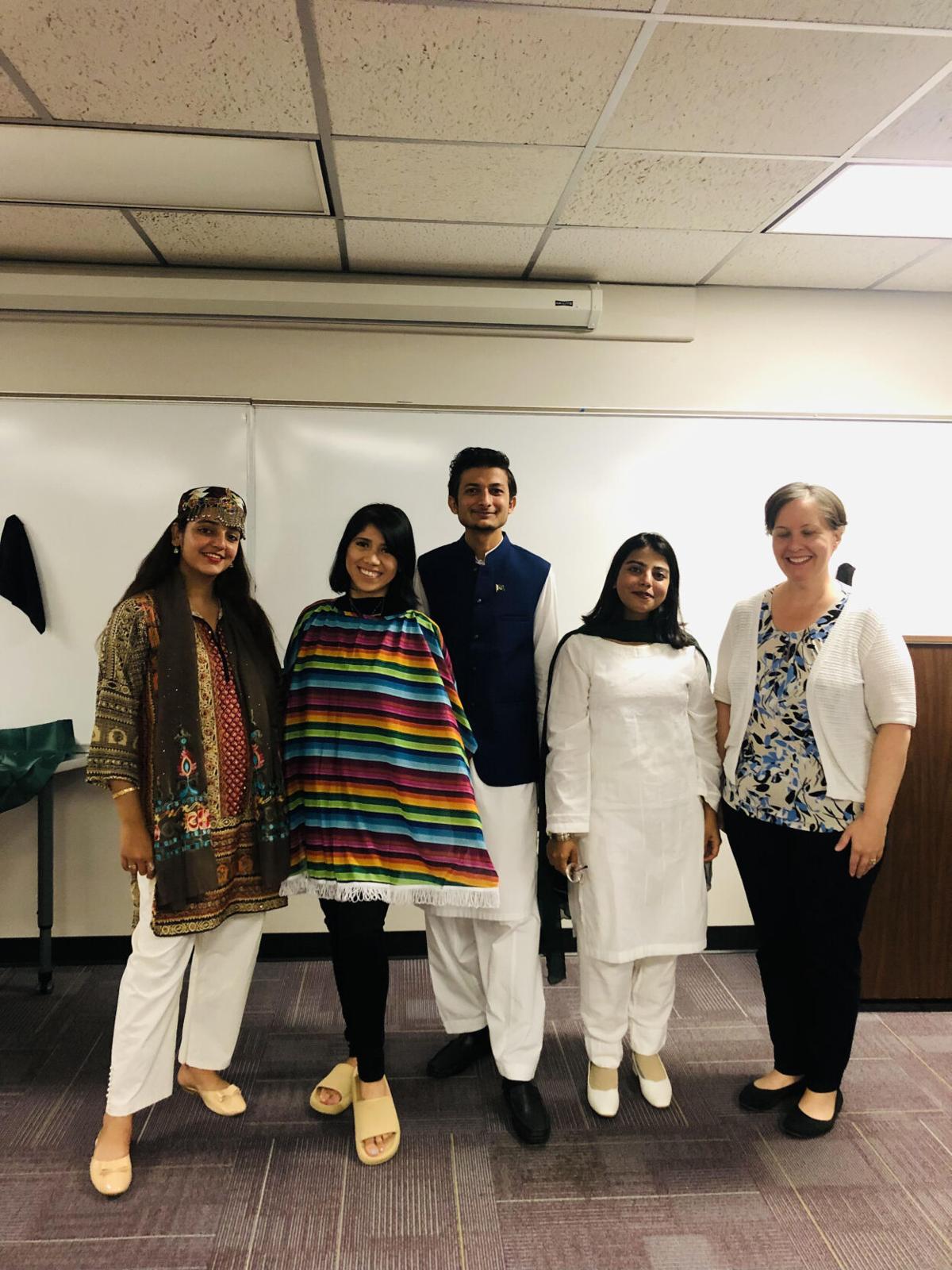 Senior business major Fiza from Karachi, Pakistan poses in traditional dress with her Pakistani flag after the cultural presentation.

In early 2020, senior medicine major Mainka from Jacobabad, Pakistan received a call setting up her interview for a foreign exchange program sponsored by the International Research and Exchanges Board and The United States Educational Foundation in Pakistan. Due to COVID, it would be a year and a half before Mainka completed that interview, and a few short months later, she would find herself on a plane to Nacogdoches for a semester as a cultural ambassador.

Out of 18,000 applicants, Mainka and 139 of her fellow Pakistani applicants were selected to spend a semester in United States universities across the states.

“It was a very tough and intense competition for us,” Mainka said. “At first, I was a bit doubtful, like, “How am I going to make this? I’m such a normal person. But later I got motivated that I need to do it, come what may.”

Three of the 140 selected applicants are attending SFA for the semester. Although senior business major Fiza from Karachi, Pakistan and senior food sciences major Muhammad from Lahore, Pakistan hadn’t met each other or Mainka before the plane ride to Texas, they quickly became friends and now travel on weekends together to visit the U.S. outside of Nacogdoches.

“Travel was not our requirement, but we wanted to see all the cultures of different states,” Muhammad said. “I didn’t know before that all states have different types of people. Most of the time, I plan trips, so I have to go into the background to know where I’m going and why I’m going.”

The students arrived in the United States and began school in August. Although many exchange programs involve a year-long stay, the Pakistani program is only a semester long. They will return to Pakistan immediately after finals week.

“There was a big gap between American and Pakistani people,” Muhammad said. “We were supposed to break that gap; we were supposed to make lots of friends and share our culture. We are happy that they know about us, that Pakistani people are so friendly, that they are so peaceful, they’re not like the stereotypes. We were able to break those stereotypes.”

The goal of the program is to provide an opportunity for Pakistani students to act as cultural ambassadors, both to American students about Pakistani culture and to their home country when they return.

While in America, IREX requires the Pakistani students to complete community service hours with the university and Nacogdoches.

“I am working with a lot of organizations, to absorb more of the culture here,” Muhammad said. “My favorite is SFA Gardens because that relates to my major.”

Foreign exchange programs send students all over the country, but students are matched to universities that have available resources for the fields they’re pursuing.

“I switched to psychology for this semester because I wanted to study more about the psyche of patients,” Mainka said. “I’m going to be a doctor next year. There are very few doctors back home who understand the mental health of patients. You need to understand your patient well in order to communicate better.”

Fiza hopes to return to Nacogdoches after graduation to pursue her masters.

“I will cherish these moments and everything for the rest of my life,” Fiza said. “I wanted to get my masters in Germany, but after being selected for this program, I feel like I have to come back to the USA.”