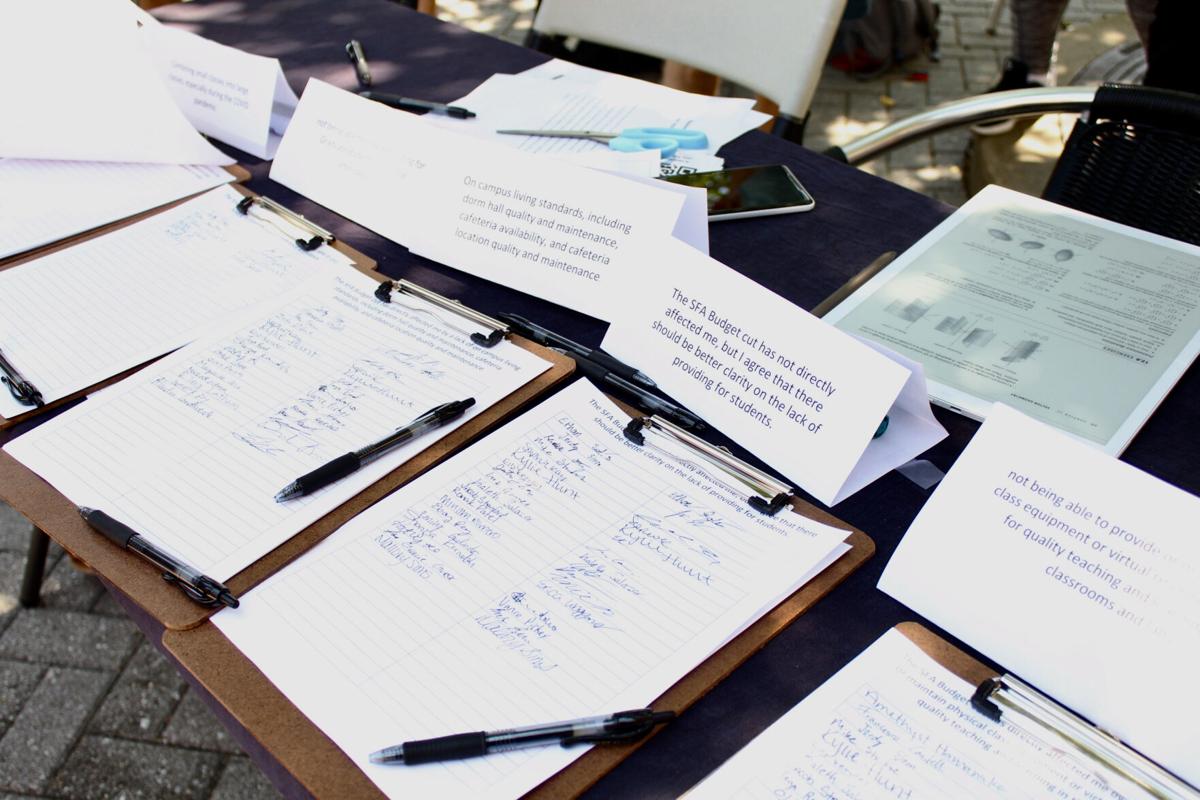 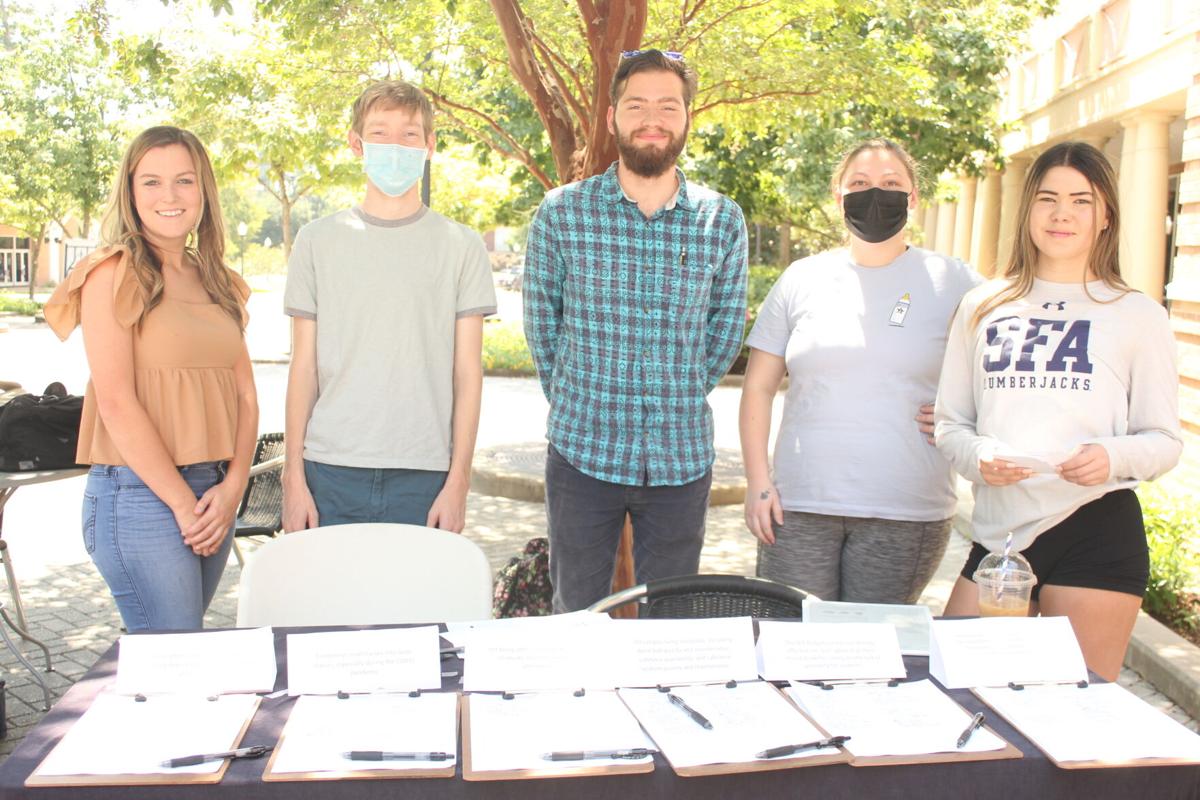 Several SFA students created petitions to be signed by the student body, faculty or staff members to request clarity on the surfacing budget issues.

The students, including Amethyst Hamanaka, a senior biology major from Nacogdoches, and Jordy Sloan, a graduate student in cellular biology from Flower Mound, set up tables in front of the Baker Pattillo Student Center with petitions and QR codes for passersby to engage with.

According to Hamanaka, the petitions represent “what students are being affected by,” such as budget cuts to certain departments students interact with regularly.

“We’re the paying customers,” Hamanaka said. “We deserve to know where our money is going. If my money isn’t going to my major or my buildings resources, then why would I want to go here? I’m the paying customer, and they’re not giving me answers.”

They also have a petition on change.org that is a more “general” petition asking for budget clarity, according to Sloan.

“We have questions,” Sloan said. “We don’t understand the budget. We want a public forum where we can ask these technical questions, and we want the administration to send someone well-versed in the budget, so they could explain it to us.”

Ebony Perez, a freshman from Crockett, signed one of the petitions titled, “The SFA budget cut has not directly affected me, but there should be better clarity on the lack of providing for students.”

“I’ve been hearing a lot about it and how it has been negatively affecting not just the students, but the overall staff faculty on campus,” Perez said. “I think it’s really unfair for them to take attention away from areas who need it most.”

The purpose of these petitions, according to Hamanaka, is “just clarity.”

“It’s not like a ‘at war’ thing,” Hamanaka said. “Just tell me that my money is going toward the departments that I utilize. From what we’ve heard, it hasn’t. We don’t have the resources.”

This group of students will continue to table on Sept. 14 outside the Baker Pattillo Student Center from 11 a.m. to around 1 p.m.