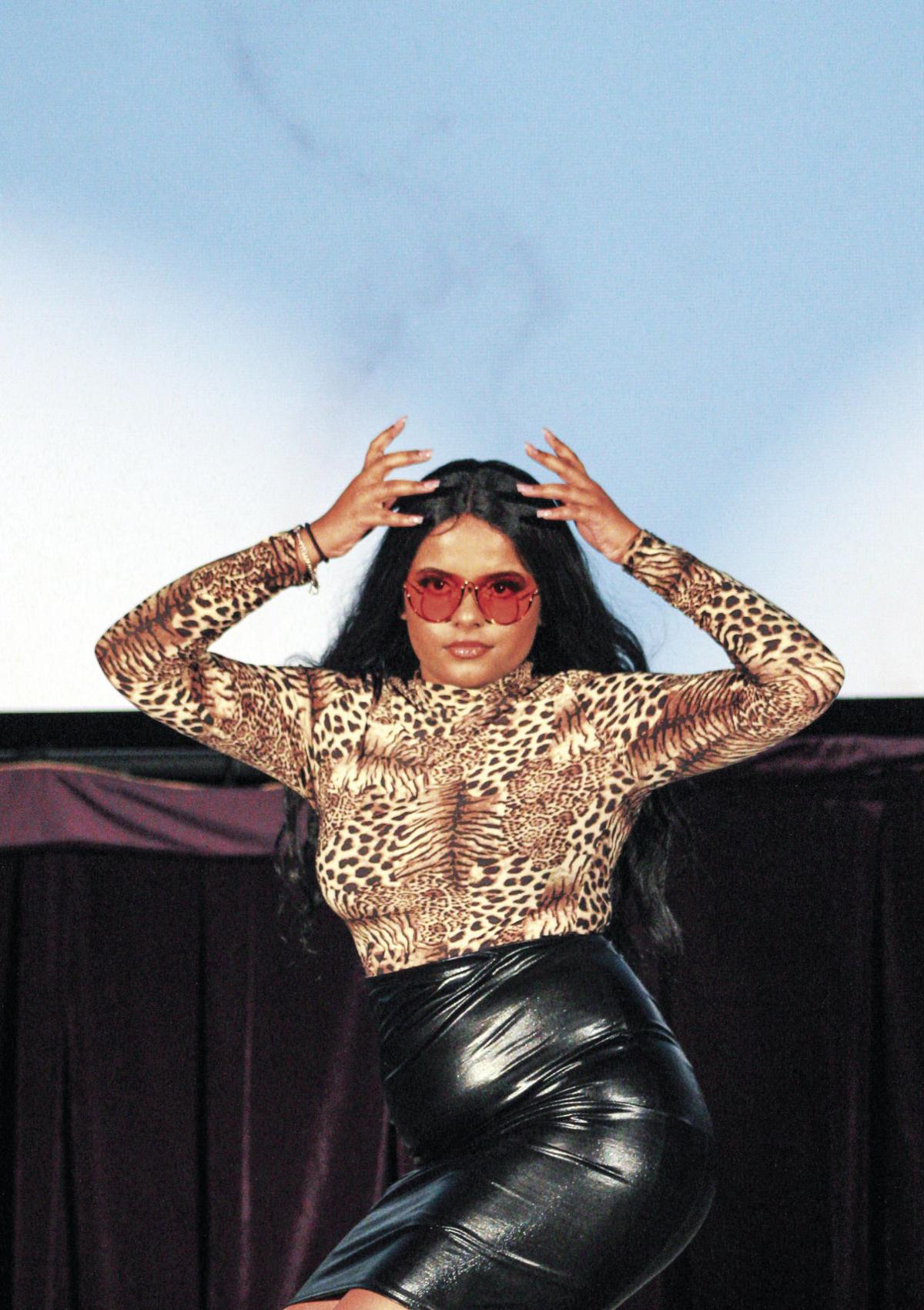 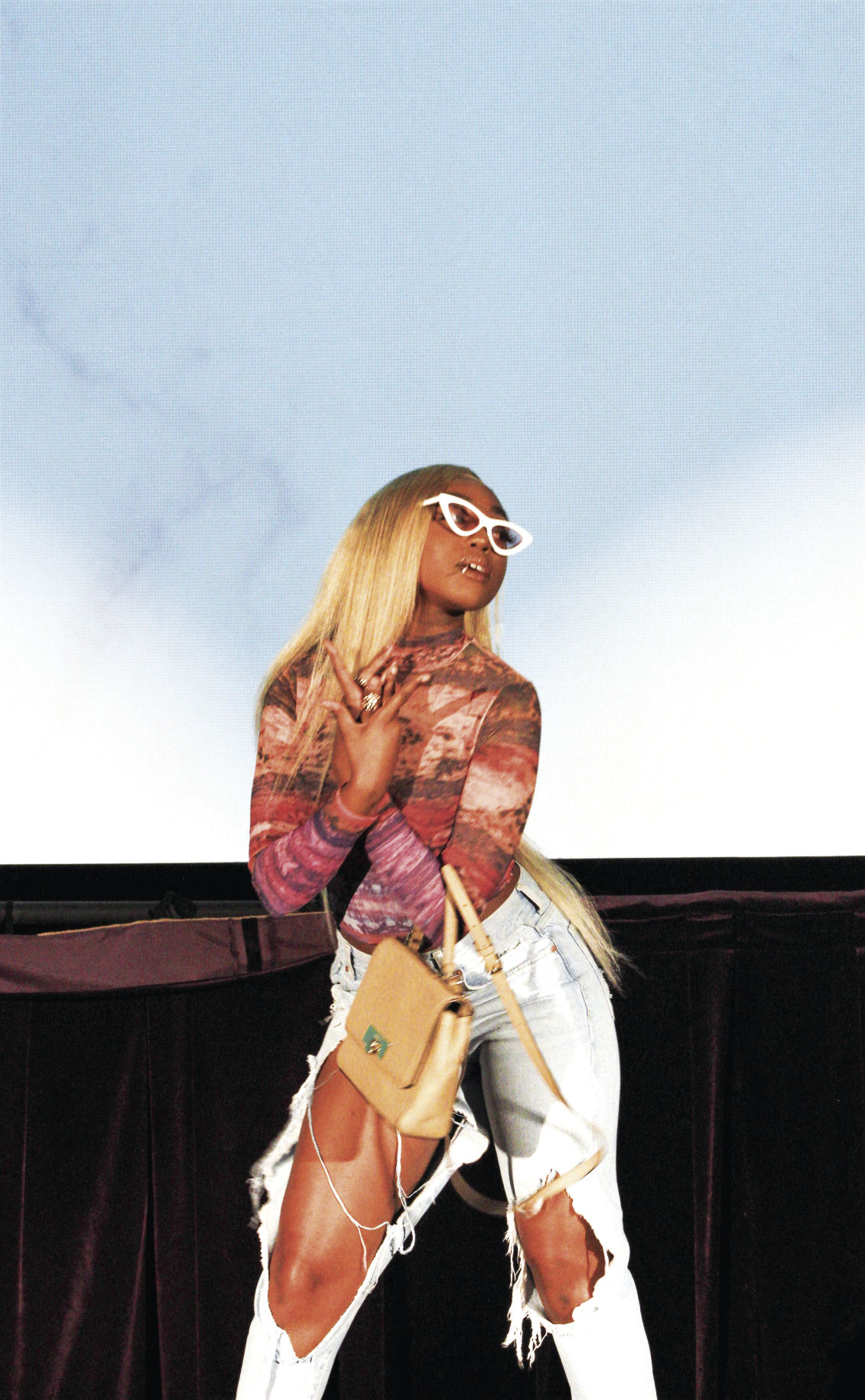 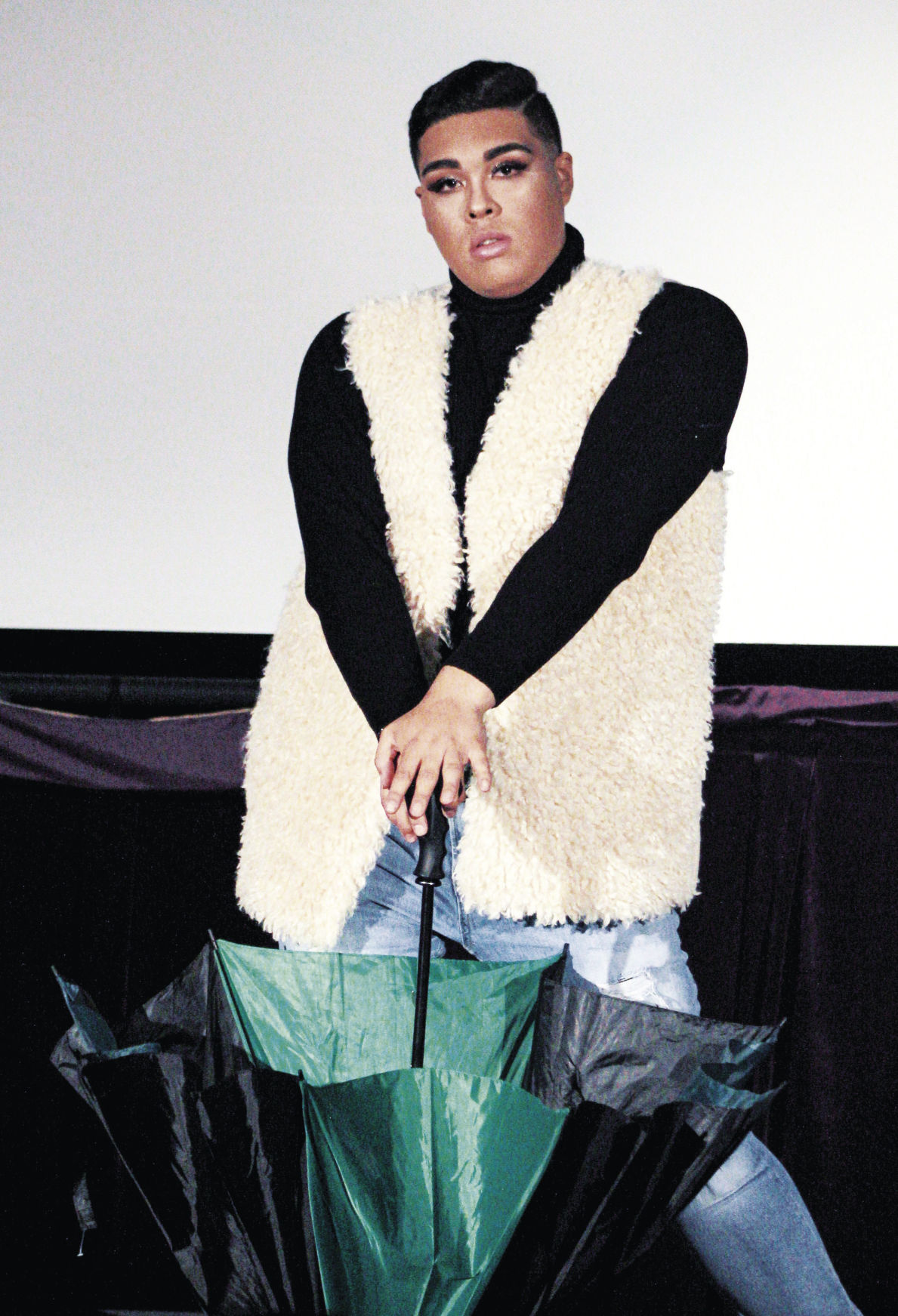 This year the theme of the Fashion N Motion annual fashion show was the ‘Seven Deadly Sins.’ The event was put on to raise awareness for AIDs and HIV, using fashion as a way of showing that you can create anything out of nothing. The show also helps to broadcast the talents of makeup artists, creative stylists and models, as well as the whole production team and executive board.

To start out the show hosts Kyron Hammond, a senior accounting major from New Orleans, Louisiana, and Caleb Lawton, a junior marketing/ accounting major from Dallas, introduced the first of the seven deadly sins: The FNM’s version of “gluttony.” In the organizations’ description of the sin, they described the segment as “selfishness and indulgence.” They personify this theme by using flashy clothes and leather accessories to push the narrative of “Indulgence.” In the “Indulgence” section, the clothes were flashy and eye catching. By combining neon and animal prints with furs, the energy the models used for the segments matched the tone of the looks.

The next sin to be explored was “Candid” which was described as “avoidance of physical work.” This was the organization’s take of the sin, ‘Sloth.’ To demonstrate the sin, they dressed their models in slouchy and chilled out clothing. This contrast was very severe after the cocky styles that “Indulgence” gave the audience. With the ‘sloth’ style clothing, the stylist used oversized and cool tones to really push the ‘too cool to care’ attitude. The models also further this attitude by taking their time walking to the stage, occasionally pausing to check their phones and drink some water.

After the “Sloth” segment, the Fashion N Motion dance team came out on stage, their first of two performances of the night. Following their dance break, the next sin to be tackled was “wrath” or, as they described it: “Retaliation.” For this segment, the models walked down to the stage with a type of fierce chaotic energy, occasionally acting out fights between each other and the other audience members. To push this emotion, the models wore different shades of camo and red, occasionally pulling out a middle finger as an accessory. At one point, they had a model in a Purge-esque mask crawl out from behind the center stage and give his best ‘Skeletor’ impression.

Following a short intermission and a raffle of shirts, candies and a Chick- Fil-A gift card, the next sin to take the stage was “lust.” For the theme of “lust,” FNM used the idea of “Thirst,” which they described as a “craving of power, money and lust.” This sin showed a lot of skin, a lot of lace and props to spice it up even further. There were multiple examples of power and of thirst itself, so much so that at one point a model lost one of her shoes on stage. The use of cool tones, satin and silk pushed the emotion even further.

“Greed” was the fifth sin to be explored. It was explained as “Desire” or “the pursuit of gold and fame.” The color schemes of black, whites and gold help personify the ideal. By pairing these colors with gold chains, rings and watches, they pushed the idea of power and wealth further. The organization also incorporated looks inspired by the “Clueless” movie character, ‘Cher,’ and one bodysuit that looked very similar to the character the Bride from ‘Kill-Bill.’

“Ambition” was described simply by the word “Ambition” and the phrase “resentment towards someone else’s success.” The models were dressed up using color schemes of greens and greys, incorporating satin and velvet. The models also performed little actions of being stopped by paparazzi, signing autographs and having a bodyguard escort. The whole segment was filled with suits and extravagant dresses that the models used to play up their materialistic attitudes.

The final segment of the show was for the sin “pride.” However, by using the term “Unapologetic,” they defined the sin with the phrase “one which expresses themselves.” This final segment was used to let each model truly express themselves. Each model was allowed to let their true personalities shine through their clothes and walks. There were pieces made out of plaid and camos, along with integrant patterns and sets.