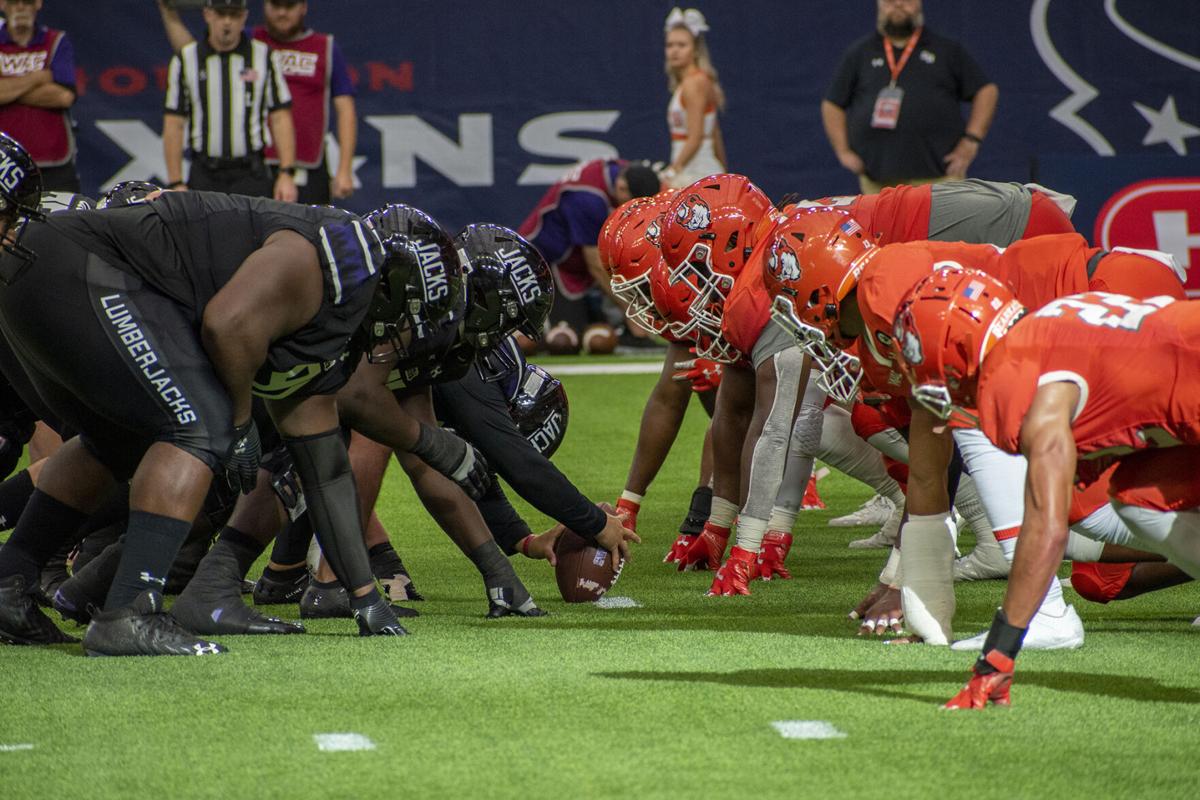 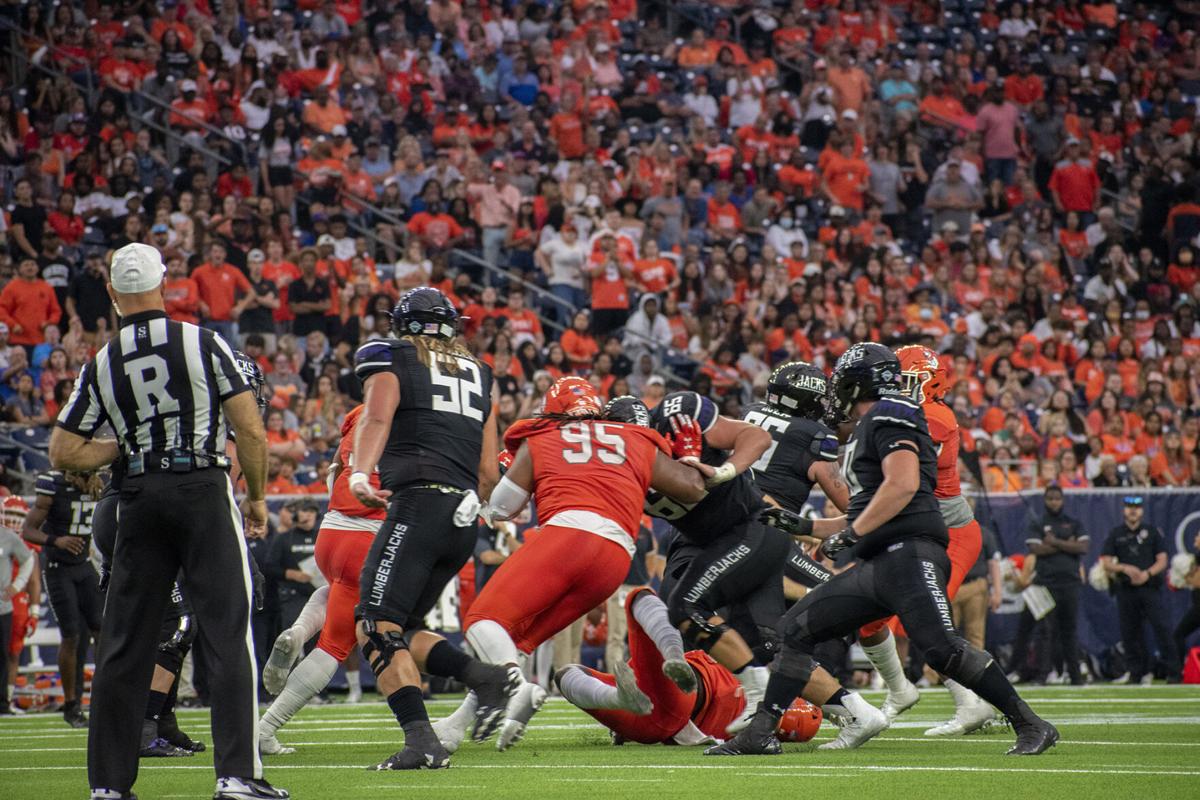 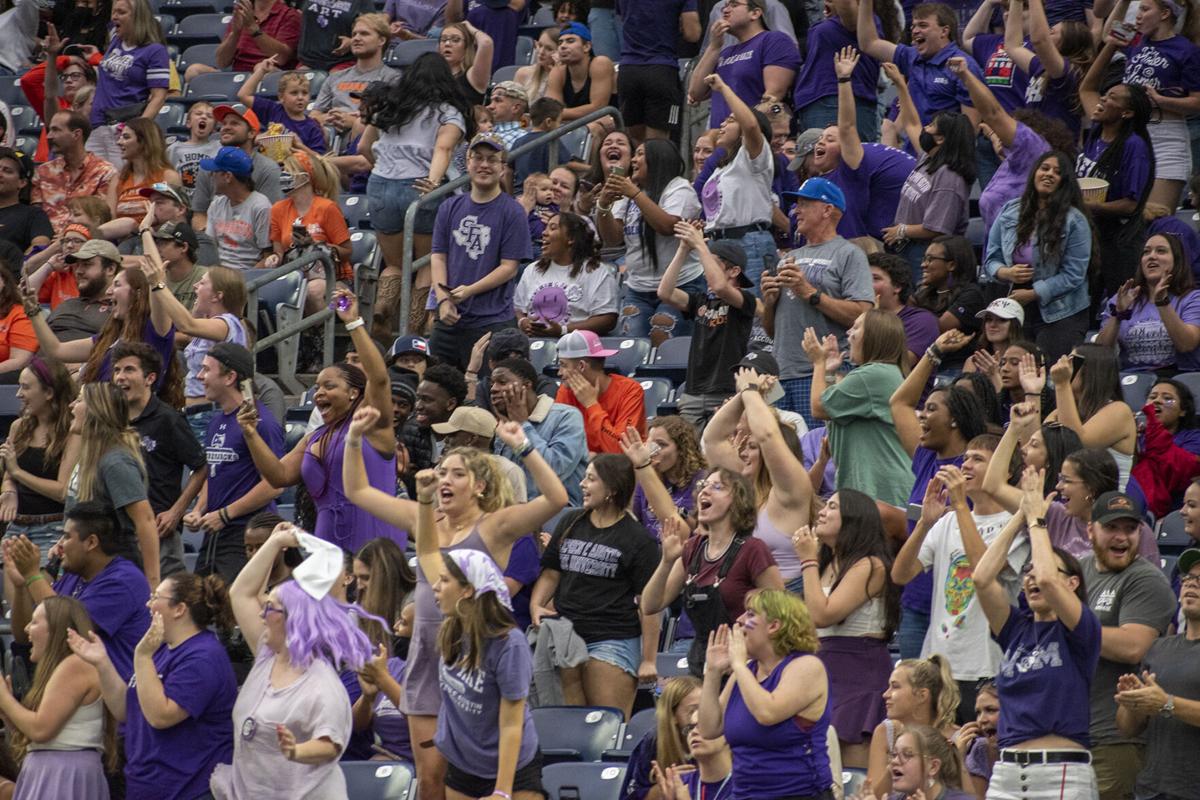 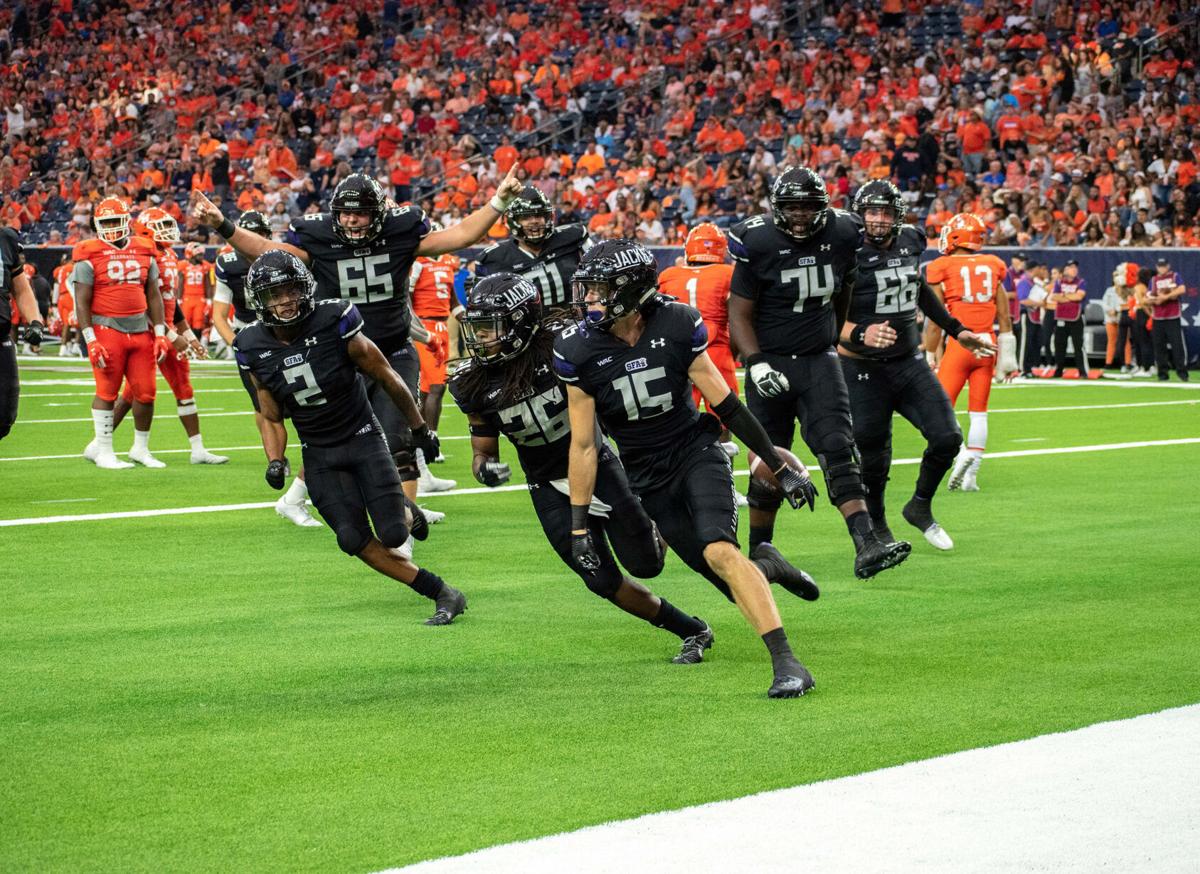 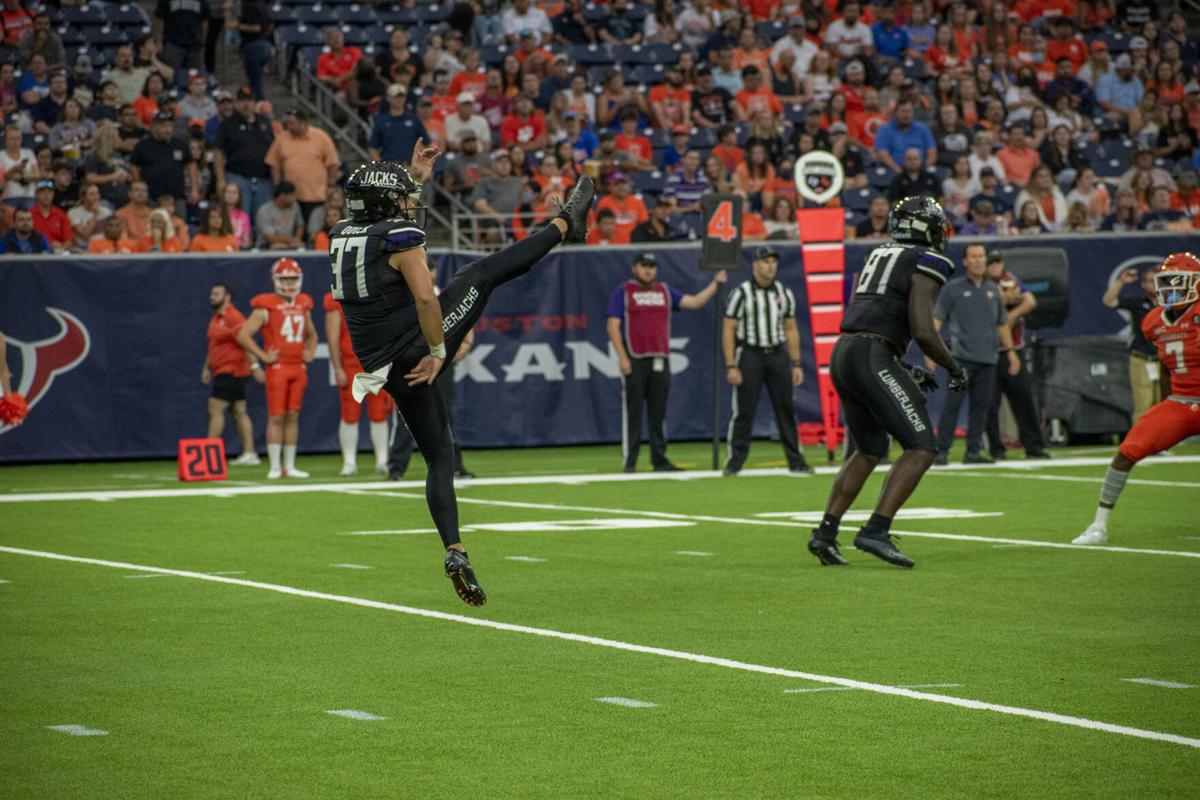 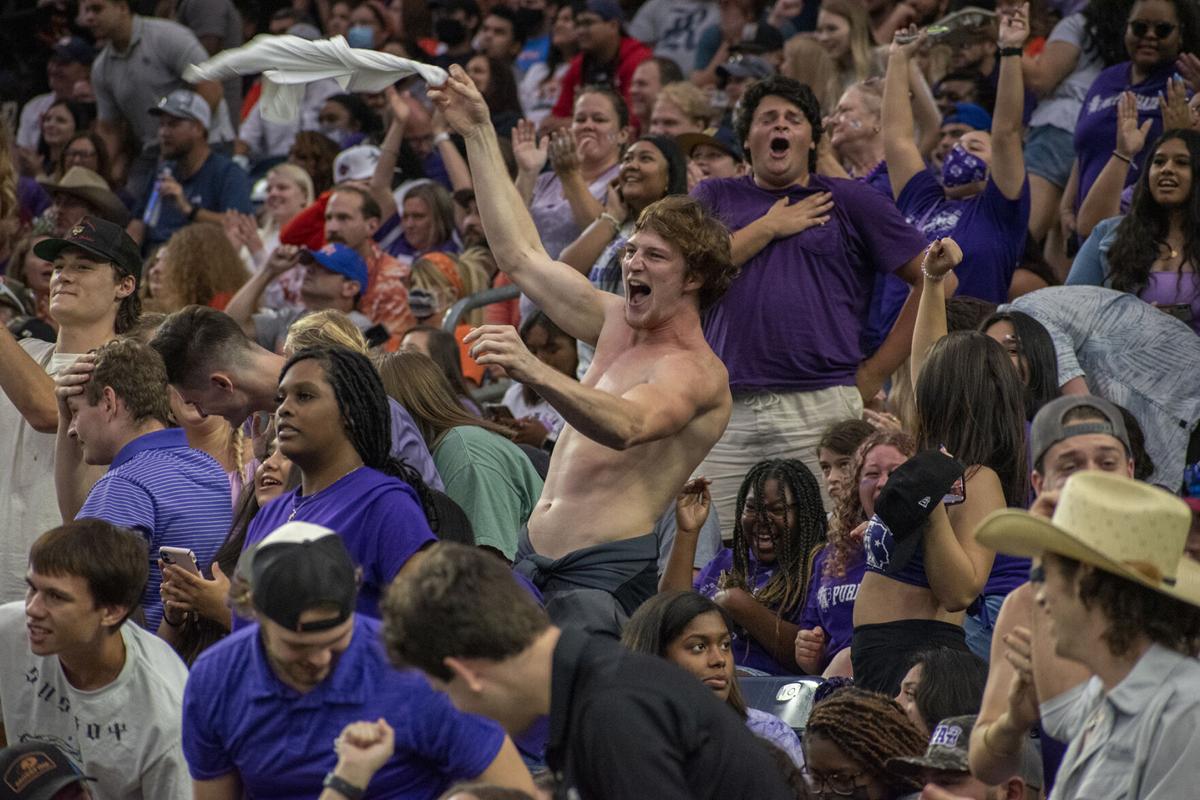 The SFA Lumberjacks lost the 95th Annual Battle of The Piney Woods against the Sam Houston State University Bearkats by one point. Although the Jacks held strong and maintained the lead for the first three quarters, the Bearkats rallied in the fourth quarter, scoring 15 points to close out an incredibly competitive game.

Both teams going into the game were undefeated in their conference. After the 61-point win against Lincoln and a competitive loss to FBS Big 12 member Texas Tech, optimism was on the side of the Jacks until the fourth quarter.

With new leadership from Head Coach Colby Carthal, the team has seen marginal differences from the defense of now from the defense of 2020. The defense held the Bearkats to only six points in the first three-quarters of the game, allowing the Jacks to take an effective early lead going into the fourth quarter.

In the last four games, the duo of Trae Self, junior quarterback from Richland Hills, and Xavier Gipson, sophomore wide receiver from Dallas, proved lethal to past opponents, gaining recognition for Self's vertical accuracy and evasive run game. However, the run game cannot only exist within the quarterback; for this team to stay competitive, there has to be an effective opposite from the passing game to keep the opponent’s defense on their toes. Without effective running, the play calling gains more predictability allowing there to be more margin of error from the offensive side.

With an outstanding performance, Chris Campos, redshirt freshman kicker from Nacogdoches, kicked a 49-yd field goal that allowed the Jacks to claim an early lead. Max Quick, sophomore punter from Lufkin, was able to pit the SHSU offense into difficult positions to give the Jacks the advantage defensively on both punt attempts.

There was no reason to believe that the Kats were going to mount a comeback in the fourth quarter. The SFA defense was working tremendously early in the game to maintain their early lead, but in the final quarter, the Sam Houston team from their 2020 Championship year pulled through with 15 points to give them the win.

This loss puts SFA at a 3-2 record, and #1 Sam Houston at 4-0 in the WAC. Things are looking optimistic for SFA as their only two losses come from the Big 12 Texas Tech and #1 Sam Houston. This SFA team is not the same as years past, and it will be interesting to see the direction Head Coach Colby Carthal leads them moving into the future.

The next game will see the (3-2) SFA Lumberjacks travel to Jacksonville, Alabama, to take on the (2-3) Jacksonville State Gamecocks at 3 p.m. on Saturday, Oct. 9.