You are the owner of this article.
Edit Article Add New Article
You have permission to edit this article.
Edit
Welcome, Guest
Home
News
Sports
Entertainment
Opinion
Submit a Story Idea
Photos & Videos
Advertise
1 of 4 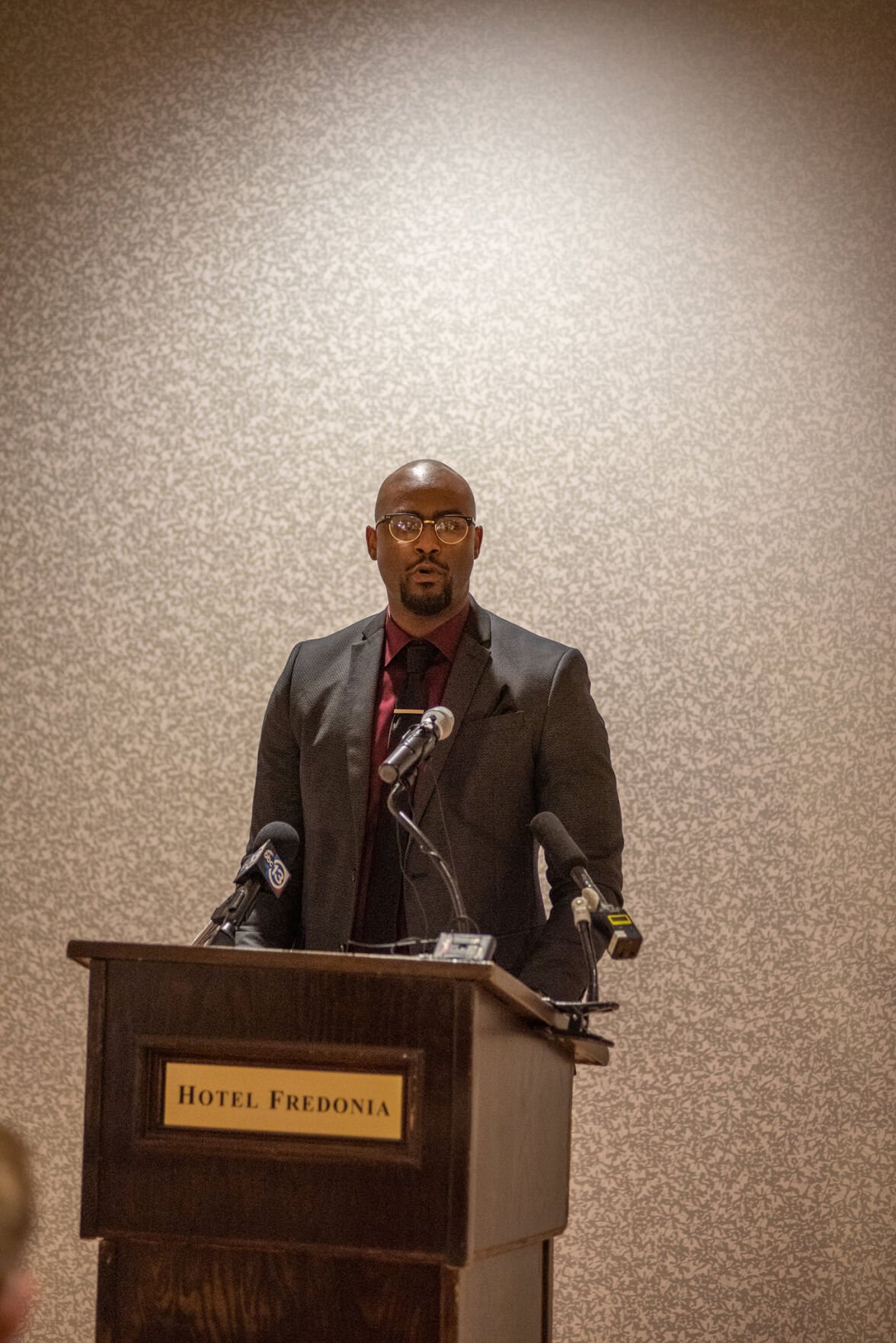 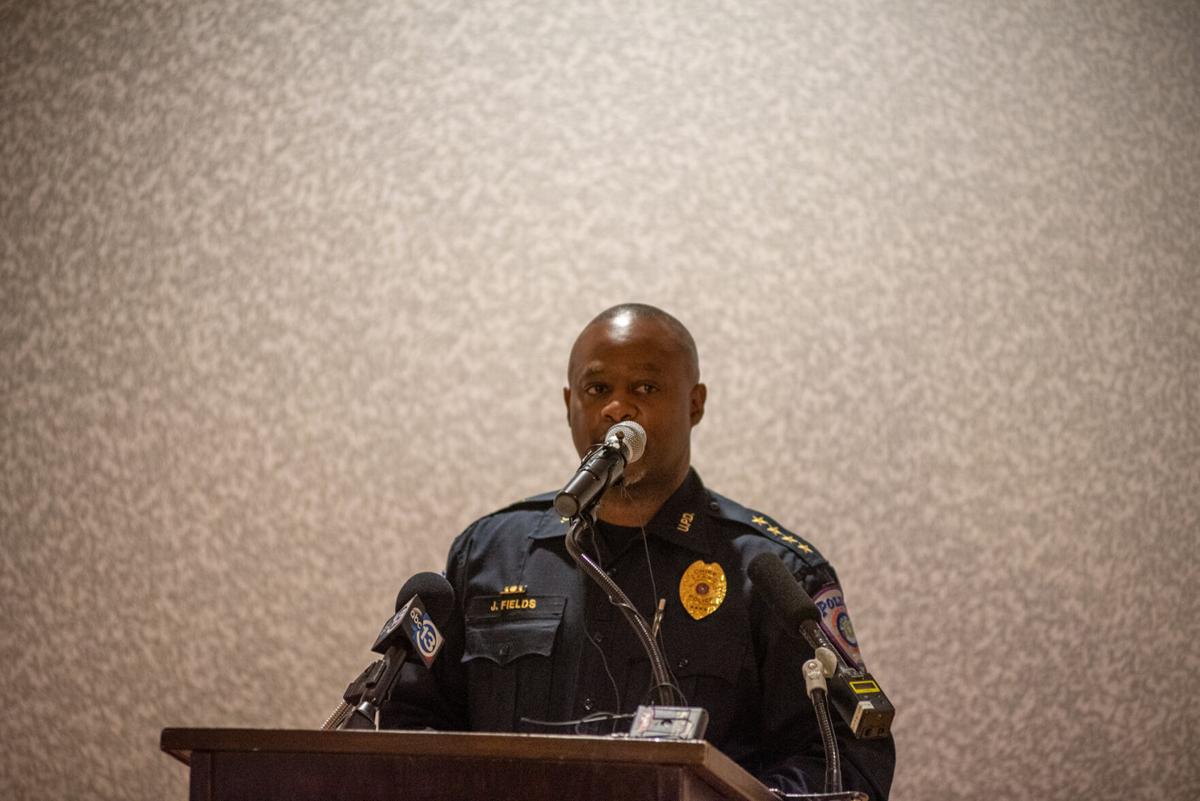 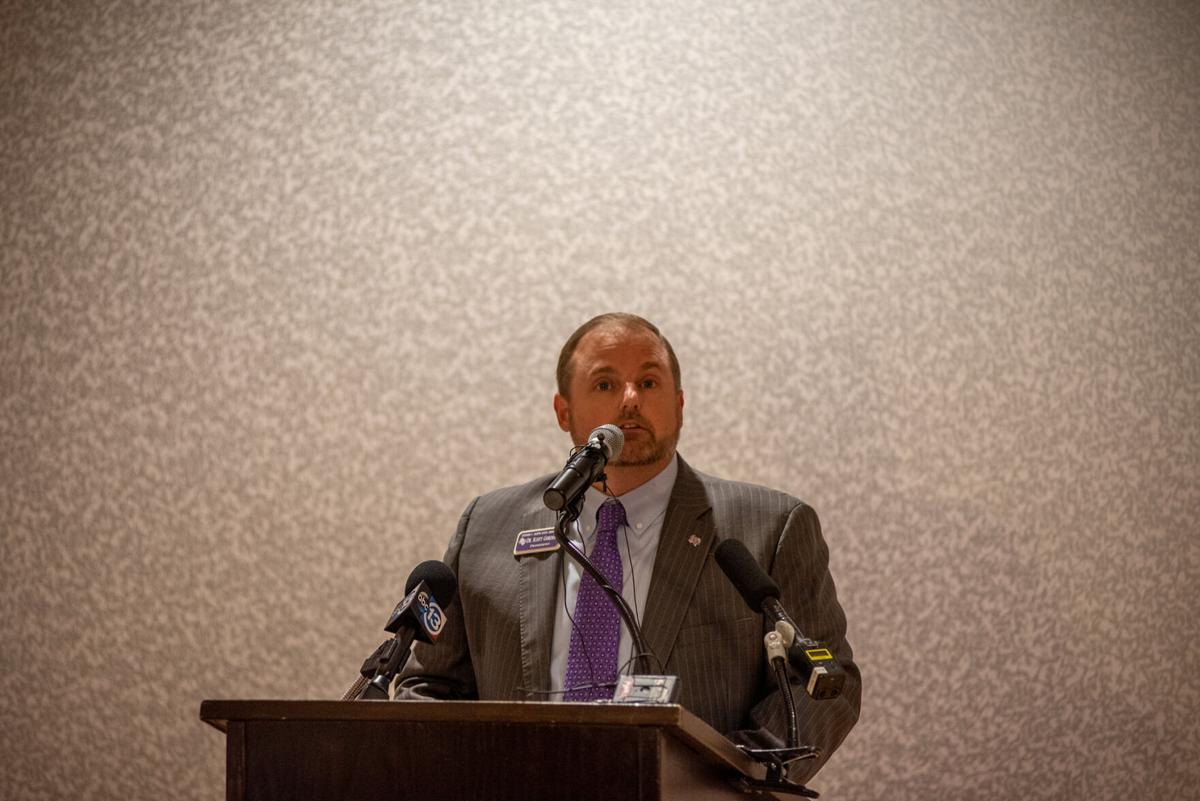 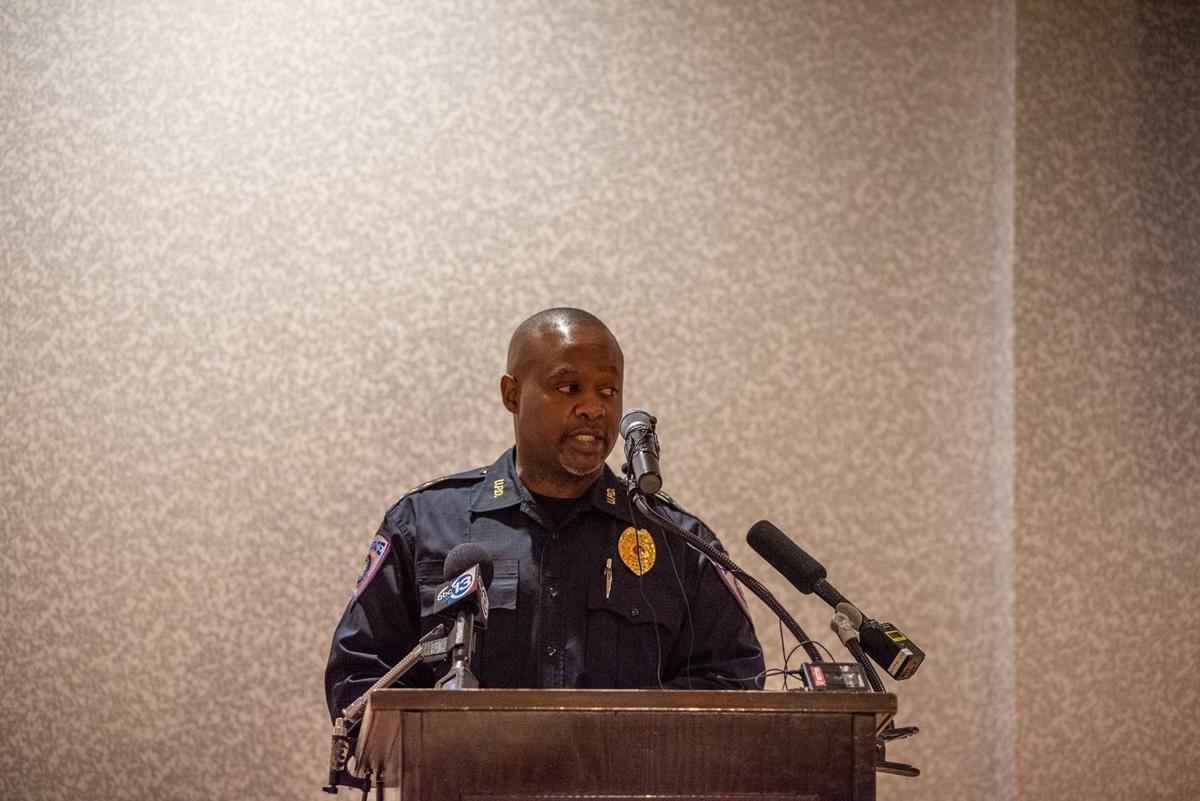 Chief of Police John Fields, along with other University faculty, provided more details about the incident involving UPD and the false report made on Sept. 14.

Fields said the incident has nothing to do with race, and that the group of students involved is comprised of 11 students, four Black, one Hispanic and the other six Caucasian. Of Evans’ three roommates, two are white and the third is Black. The students have been noted as being “willing associates” before the incident, Fields said.

The community assistant who called the police was told a student was threatening to stab other residents with scissors, and that another resident was having a manic episode, according to Fields. The students who talked to the CA were Evans’ roommates.

The officers arrived on scene and were directed to room 116, where Evans was, although the call was originally for room 103, which belonged to the student having the “manic attack,” Fields said.

The officers knocked on the door of room 116 four times before being allowed in by a suitemate, not entering Evans’ door. Fields also said the three officers who responded to the call were responding to the threat level, and not all had weapons drawn.

“Only one officer had a weapon unholstered,” Fields said. “It was night, there were no lights on in the room, and he had a light on his weapon. At no time was he intentionally trying to point it at the subject. The other officer, there were three officers, keep in mind, the other officer had his taser ready. The third officer did not unholster a taser or a weapon. Once they found Miss Evans in bed, the threat was deescalated. At no time was there any, any time that the officers were unprofessional when dealing with Miss Evans. She was asked to come outside the room, and they had a conversation with her.”

UPD started the process to provide Evans with resources from the University when the officers spoke with her, according to Fields.

Fields said the procedure in dealing with the incident can be proven on the body cameras the officers were wearing, and that UPD is only waiting on Evans’ parents to allow that footage to become public.

There is currently a criminal investigation going on, and once that investigation concludes, the information will be provided to the District Attorney’s office to determine if charges will be made. This is in addition to the conduct review being done through the University.

All parties involved will be met with during the investigative process, and once more witnesses are named, those students will be investigated as well, according to Mosley.

“Once students have an administrative hearing, and we’ve met with all students involved in this particular case, at that moment we then render a finding of responsibility,” Mosley said.

The finding of responsibility will be based on evidence and a burden of proof analysis from a “reasonable person to conclude that there is a probable cause of something more likely than not to of happened, based on the information we’ve received and additional information after meeting with all involved parties. Once we render our decision on the finding of responsibility… at that moment, we issue sanctions as deemed appropriate.”

Mosley also said the students will have the right to appeal the decision made, with the appellate being the Dean of Students. The University will uphold that decision.

Shirley Luna, director of University Marketing Communications, said that the intent of the false report is unknown, and that the investigations are looking at the facts of the incident.

“I don’t know, but my guess is that they’re going into it as a fact-finding mission, trying not to have any preconceived notions about intent,” Luna said. “That’s the hard thing, you can’t prove somebody’s intent. People can tell you they did something for one reason and have a completely different motivation behind it. I wish we could be mind readers and know, but I would say that they’re approaching it just on a fact-finding level.”

University President Dr. Scott Gordon also provided a statement reflecting his concern for how communication of the incident was handled.

“During the past two days, I have received briefings on the details of the case involving the false reporting incident that occurred on Sept. 14,” Gordon said. “As a result of these briefings, I have become very concerned about some irregularities in this case, specifically the amount of time it took for this case to be turned over to the Office of Student Rights and Responsibilities and the fact that I learned of this case from the victim’s mother many days after the incident.

“The delay in reporting this case… was unacceptable and will be addressed. I will engage an outside, independent investigator to conduct a review of the Division of University Affairs. Upon completion of this report, I will evaluate all findings and recommendations and make decisions on how we move forward to ensure our future procedures are seamless and timely.”

Gordon said the report will include reviews of policies, procedures, practices and reporting structure with housing, student affairs and student conduct.

The University provided this information during a press conference, held in the Banita Room of the Fredonia Hotel at 10 a.m. Sept. 30. Details of the incident and investigation are being withheld until the investigations are completed.

Meredith Janning has worked on The Pine Log since her second semester at Stephen F. Austin. During her time at The Pine Log, Meredith has held the positions of staff writer and news editor.

Meredith, your article has false information. Make sure you check your facts. All 3 of the roommates are white. Christin is the only Black roommate. You know? The victim in all of this.