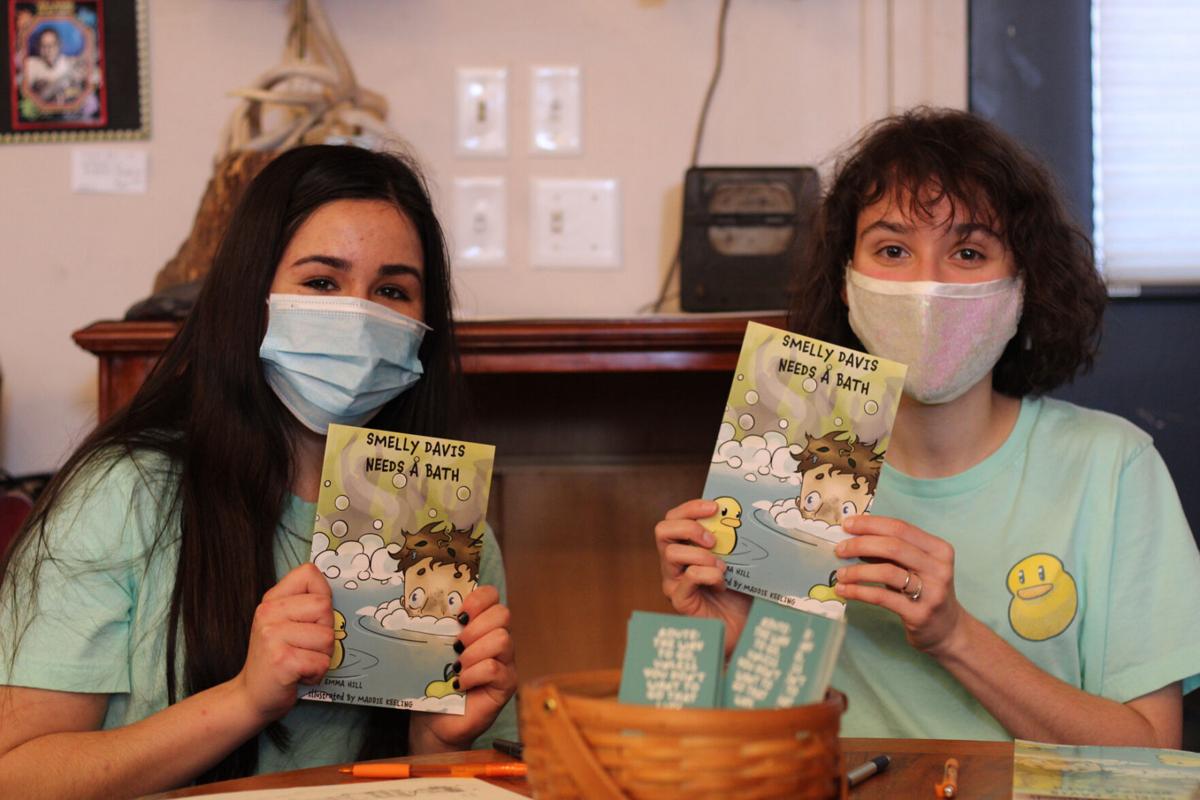 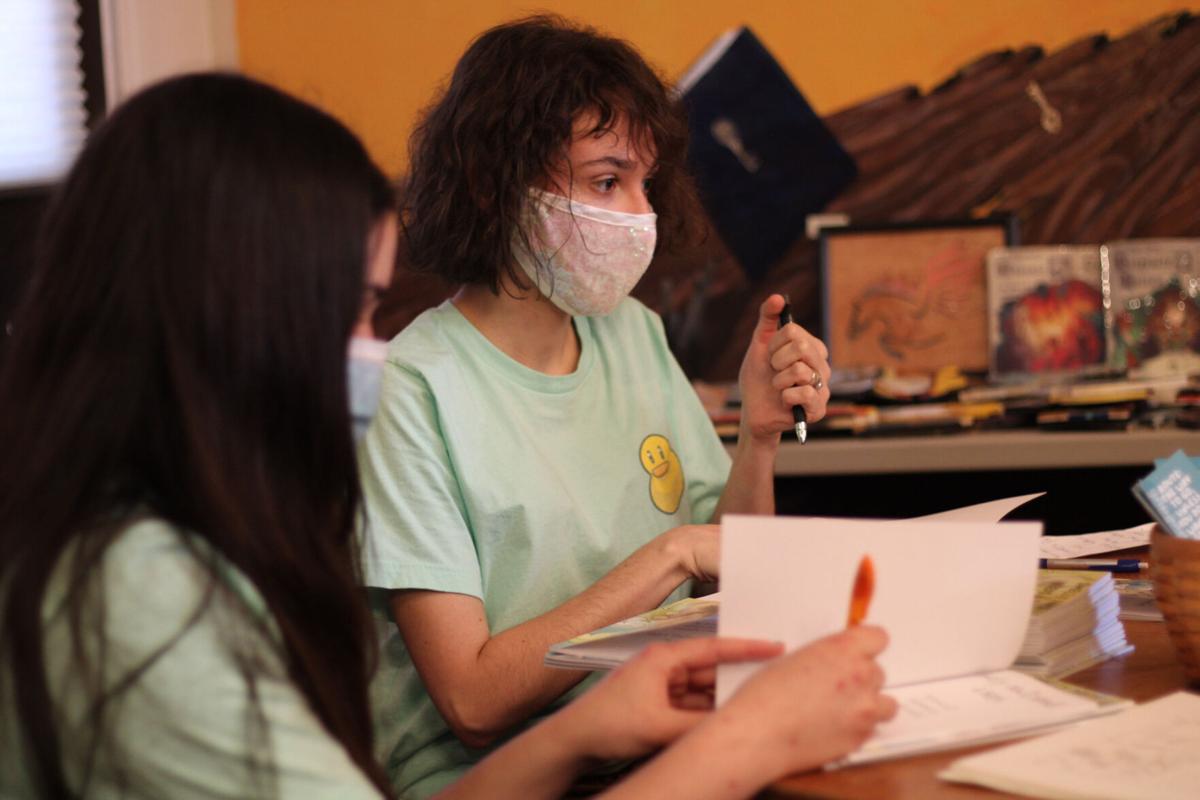 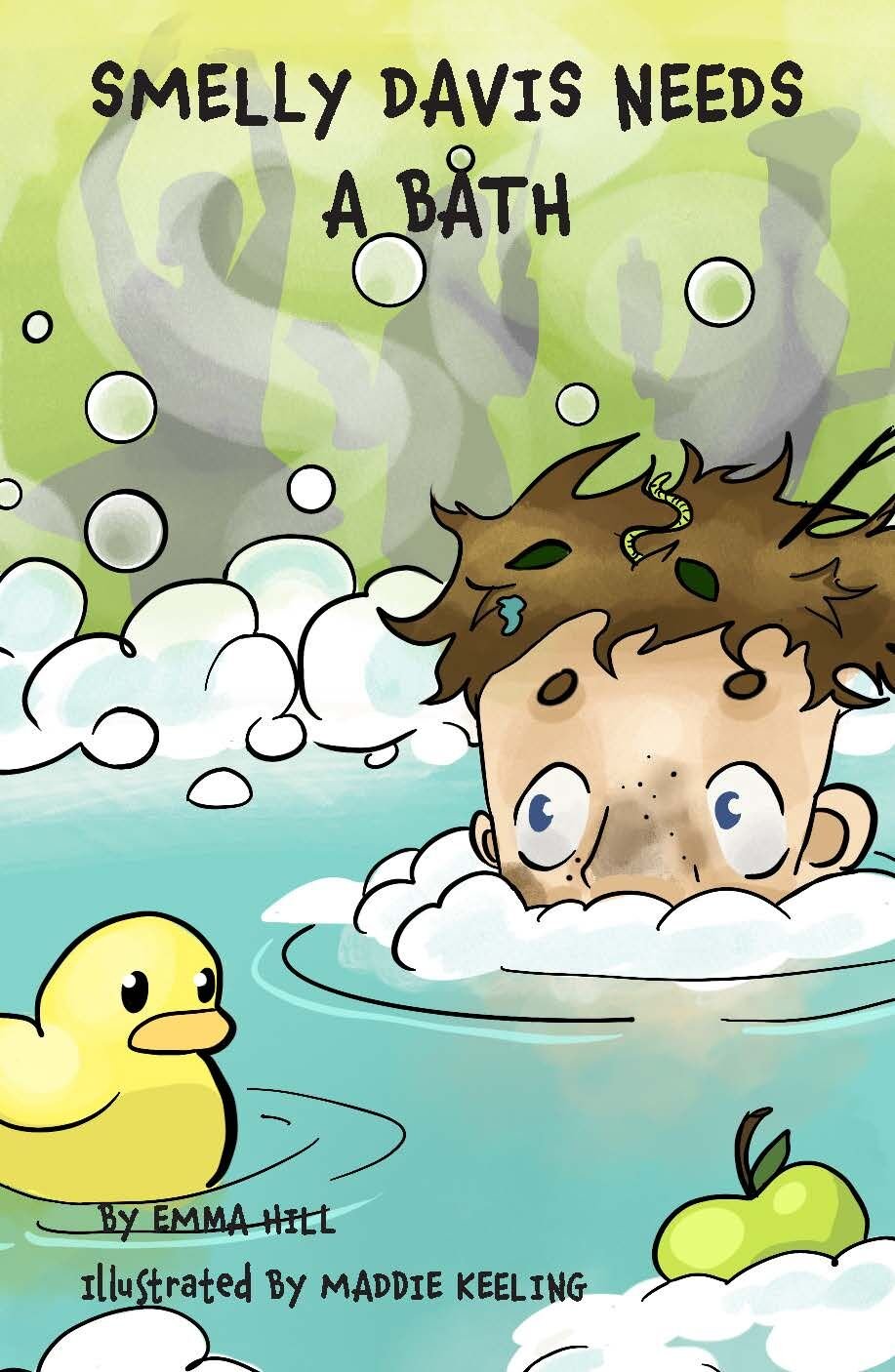 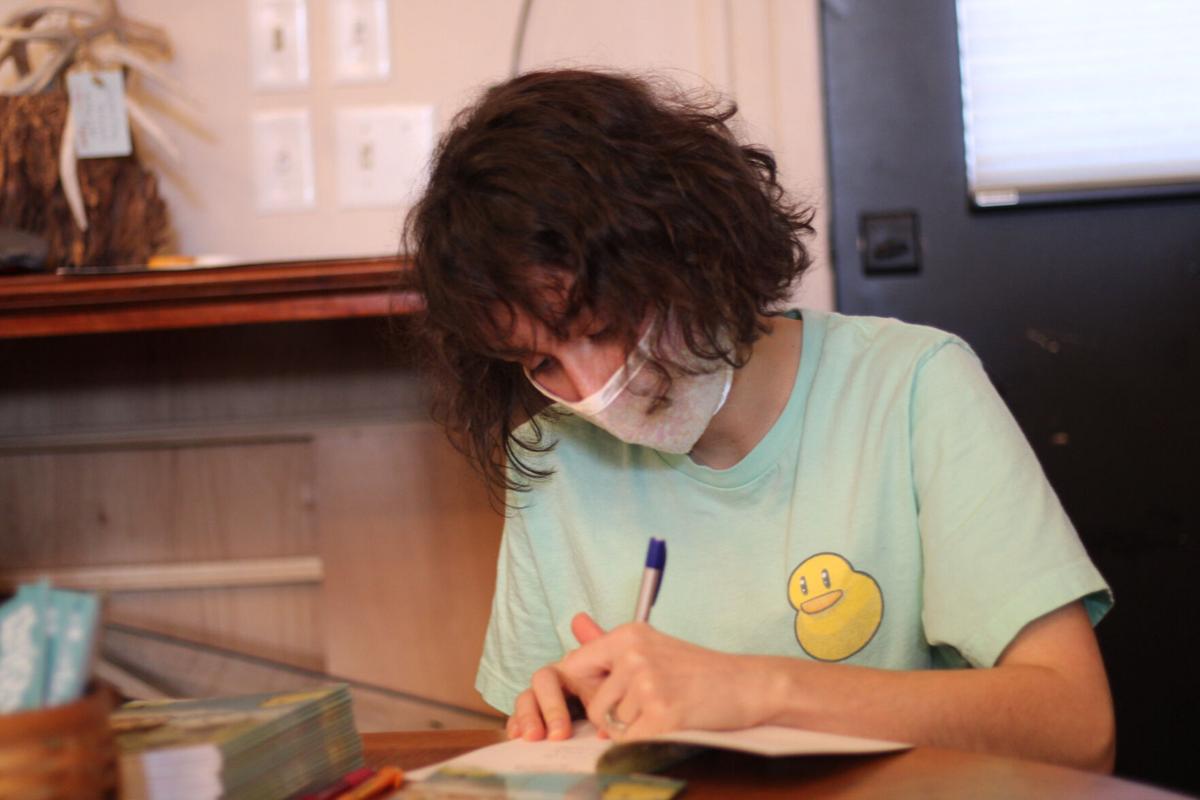 The most successful book reading, according to owner Tim Bryant,  happened on the day of the annual Texas Blueberry Festival, which attracts around 20,000 people to the town of Nacogdoches. Despite this, Hill was six books away from the first-place sales record.

When Hill started “Smelly Davis Needs a Bath,” she said she wanted to write it in such a way that it did not talk down to kids, but at the same time was fun for adults to read. It’s a story about doctors, lawyers, bakers, ballerinas and what all those people have in common with children. Hill said small, mundane things like bath time can be embarrassing, but Smelly Davis uses it as a way to connect adults to kids.

“There’s a human bond around these mundane things so that maybe when somebody opens the book and sees prestigious people doing simple things, it’s not so hard to imagine themselves as prestigious,” Hill said.

Hill said she has plans to make Smelly Davis into an 18-part series and is already working through the second book.

The book was illustrated by Maddie Keeling, 15-year-old high school student from Tyler. Hill’s and Keeling’s parents are friends, and when they heard Hill looking for an artist, the two started working together.

“We decided to get some sketches from [Keeling,] and I loved them. They were so good, and we asked her if she could meet the deadlines. She delivered perfectly and faster than a lot of professional illustrators,” Hill said. “She did a really good job of making the book amazing.”

Keeling has sold acrylic paintings in the past, but this is the first official job she’s taken.

“I figured I’d do something with art but having your name on something official that is being sold and signing contracts was really strange for me.” Keeling said. “I’m in it for the long run, and I’m doing the rest of the series.”

The book is being funded by David Hanson, a family friend who originally pitched the idea to Hill as a bathroom book but decided to take it in the direction of a children’s book. The main character is named after Hanson’s son, who is helping promote the book as well.

“He’s the cleanest person you’ll ever meet. Not smelly what-so-ever. We were looking for a two-syllable name as he walked into the room and decided it would be funny to name the character Davis,” Hill said.

While this is the first book that she has sold, Hill has been writing books since she was young.

“I knew I wanted to be a writer when I was 7 years old. I wrote my sister a book called ‘Fiona the Frog’ that taught her how to spell words,” Hill said. “It was unevenly cut pieces of printer paper that I scribbled on and gave it to her. I haven’t stopped wanting to tell stories since then.”

While Hill is passionate about the message of Smelly Davis, a children’s novel is not something that she expected to write, as her usual style is much different.

“When I came [to SFA], I thought I was going to become a sci-fi writer. Now, my thesis is a collection of non-fiction essays about East Texas culture,” Hill said. “The program here has helped me write in a more powerful way that people can connect with more.”

Hill said she has a great amount of admiration for the professors in her department, but Dr. John McDermott has been especially influential to her growth at SFA.

“Every time I leave [his classroom], I feel movie-style inspired. The world is brighter now, like somebody changed the settings,” Hill said.

McDermott is the coordinator of creative writing in the School of Fine Arts and has been working at SFA since 2004.

“She came in with a lot of talent, but she is so dedicated. Her work has definitely improved,” McDermott said. “She’s got a really great sense of character development.”

In the future, Hill said she is looking to a different genre.

“I want to have an impact on Christian literature that brings honesty and confidence in a way that it doesn’t have right now,” Hill said. “I used to work at a Christian bookstore, and I was consistently appalled by the young author literature that was there and even some of the adult literature.”

Hill said she wants to use her literature to pose the important questions in life, not to give definite answers.

“I think that’s literature’s purpose: To give people perspective with which to see the world.

Hill will be promoting “Smelly Davis Needs a Bath” on April 15 at Trader Jacks. For more information about Hill and "Smelly Davis," visit her website.

Sorry, there are no recent results for popular articles.