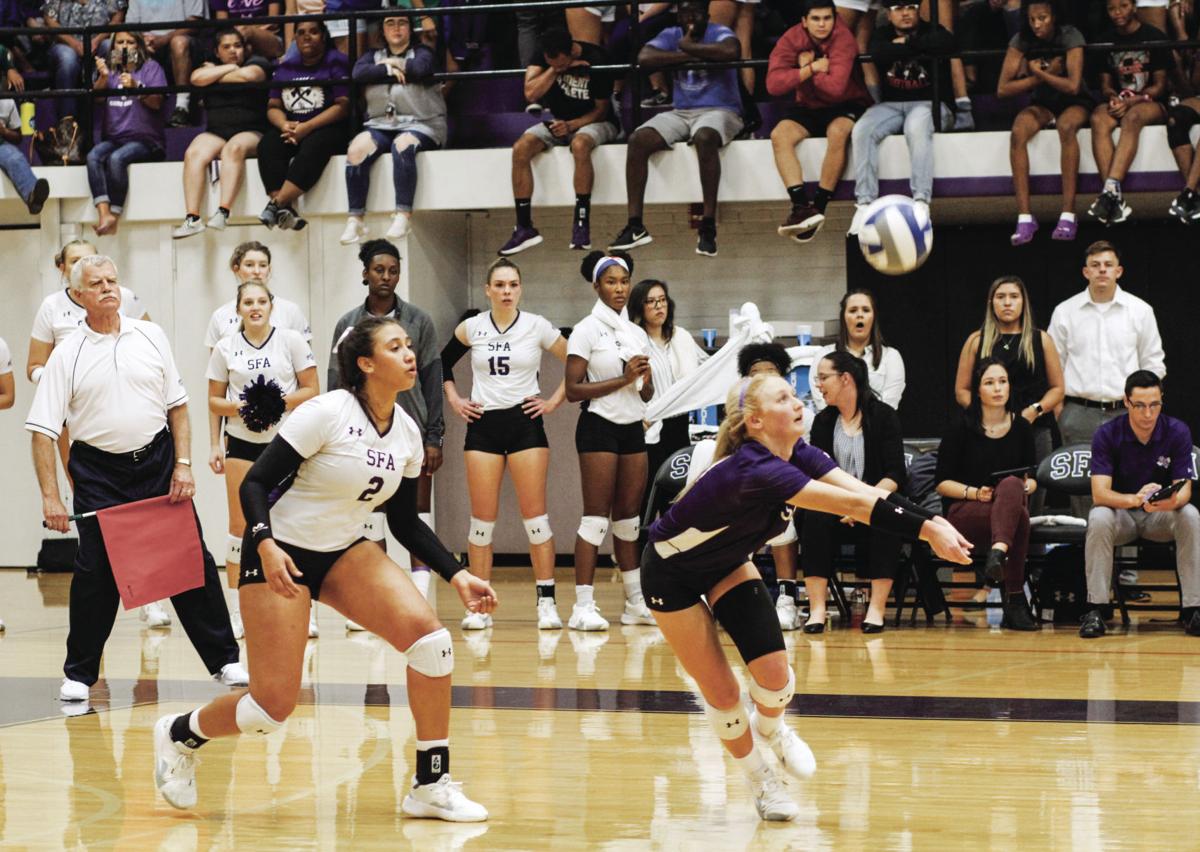 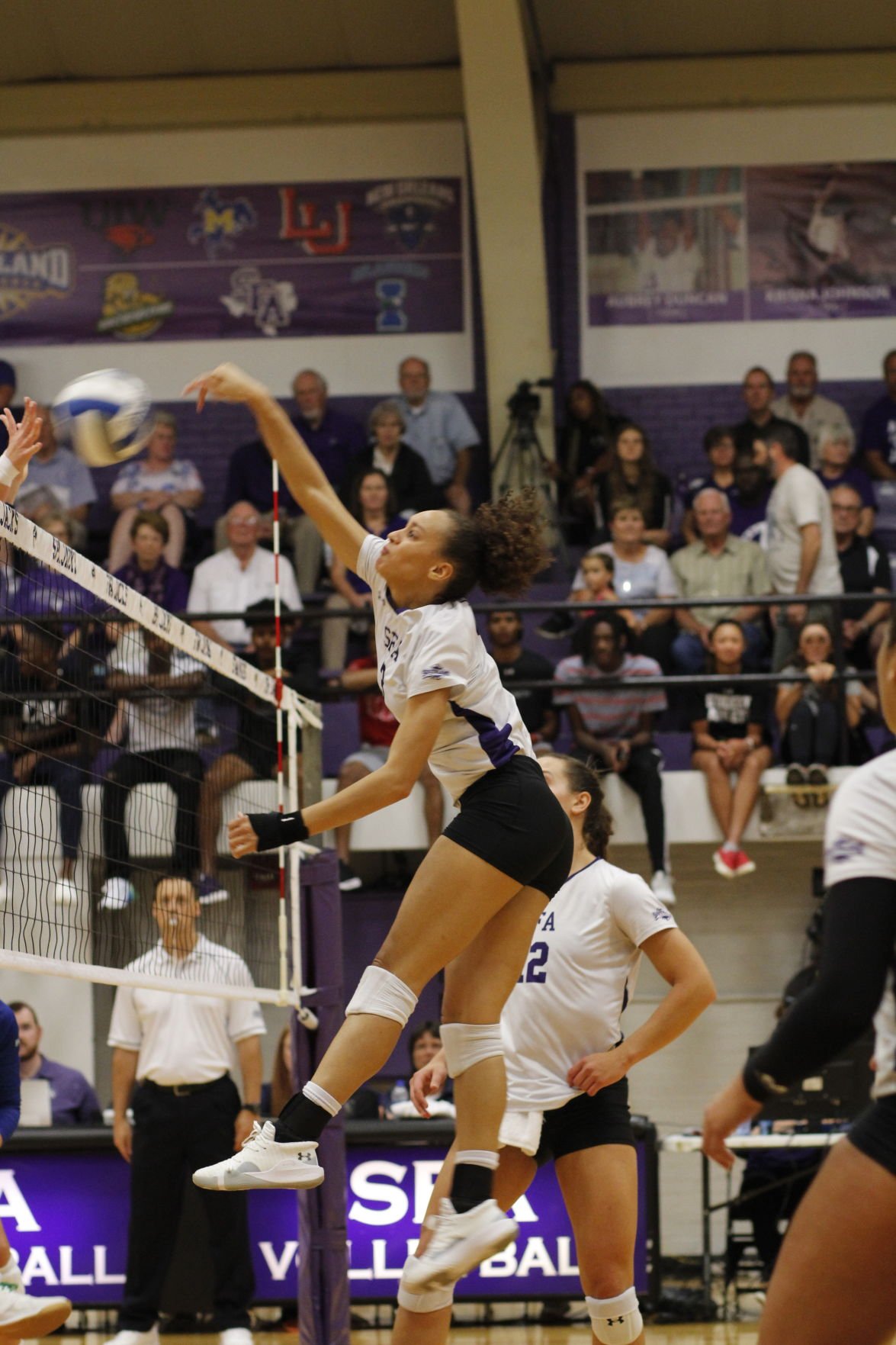 The Ladyjacks volleyball team continues their Southland Conference season against Lamar University at 7 p.m. on Thursday and against McNeese State University at 11:30 a.m. this Saturday.

SFA comes off two wins last week against Texas A&M University- Corpus Christi and against University of the Incarnate Word. They won both games 3-0, not allowing either team to win a set. They hold a seven-game winning streak, a 14-1 overall record, 2-0 conference record and a .933 winning percentage.

Against UIW, SFA had a .225 hitting percentage and allowed their opponents a .095 hitting percentage. They had a total of 10 blocks and 40 kills for the game. Senior setter Ann Hollas had a high of 12 kills, three aces and five blocks. Both senior outside hitter Xariah Williams and Evans had seven kills and one block. Junior middle blocker Taya Mitchell had five kills and seven blocks.

The game against LU will be played in Beaumont. Lamar has a four-game losing streak, a 5-7 overall record, 0-2 conference record and a .417 winning percentage. Before the SLC season began, the Lamar Cardinals won the Katrinka Crawford Invitational in Beaumont with games against Prairie View A&M (3-0), South Dakota State (3-0) and Louisiana- Monroe (3-0).

On Saturday, SFA travels to Lake Charles, Louisiana for their math against McNeese. The Cowgirls have a 7-7 overall record, 0-2 conference record, a three-game losing streak and a .500 winning percentage. McNeese has a .182 attacking percentage for the season and allows opponents a .157 attacking percentage. The team averages 11.9 kills, 11.2 assists, 14.8 digs and two blocks per set.

Both games can be heard through sfavolleyblog.net. The Ladyjacks will go against the University of New Orleans at 6:30 p.m. Oct. 9 in New Orleans, Louisiana.